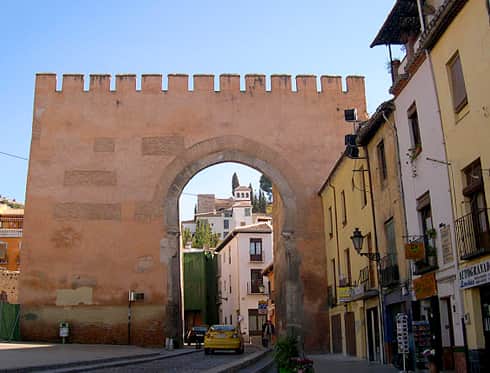 Puerta de Elvira, also known as Arco de Elvira, was the main access gate to the city of Granada during the Islamic domination. The gate was built in the 11th century by the Zirid sultans. Throughout its history, the Puerta de Elvira suffered numerous transformations, the most important during Yusuf I. Later, in the 20th century, Puerta de Elvira has undergone several restoration and consolidation, the most recent in 1990. The gate was declared a National Historic Artistic Monument in 1896.