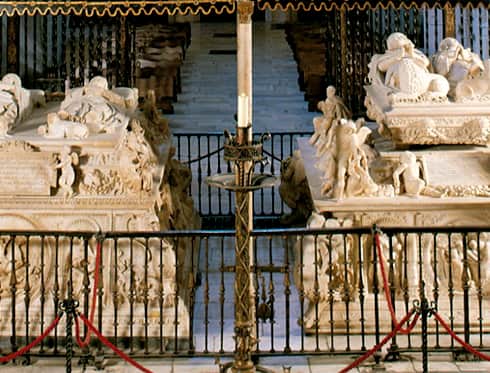 The Catholic Monarchs, who saw Granada as a symbol of unity of Spain and the Christian kingdom, ordered it to be built as their final resting place. It was built in Gothic-style from 1506 and was dedicated to the Saints John the Baptist and St John of the Gospel .The Capilla Real is a prime example of late Gothic style in the Renaissance period with only one exterior façade, as the other three sides are joined to the Cathedral, La Lonja or Market, and the tabernacle.