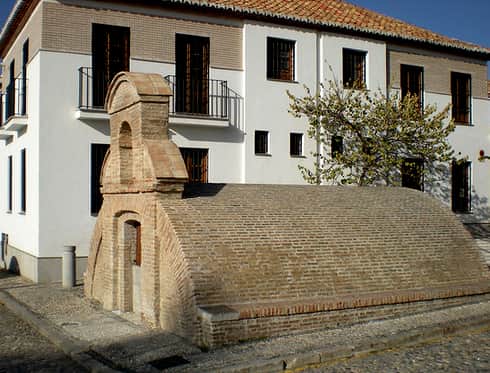 The Albaicín public cisterns (aljibes in Spanish) comprise part of the heritage that characterises the urban layout of the Albaicín neighbourhood in Granada. These cisterns are water tanks that were designed to supply water to the residents. Had this network of cisterns not been set up, a permanent settlement in Albaicín would not have been possible. Of the 27 cisterns that remain, the Aljibe de San Miguel is particularly noteworthy. The 90-cubic metre capacity cistern is a pointed horseshoe arch laid atop Roman columns.